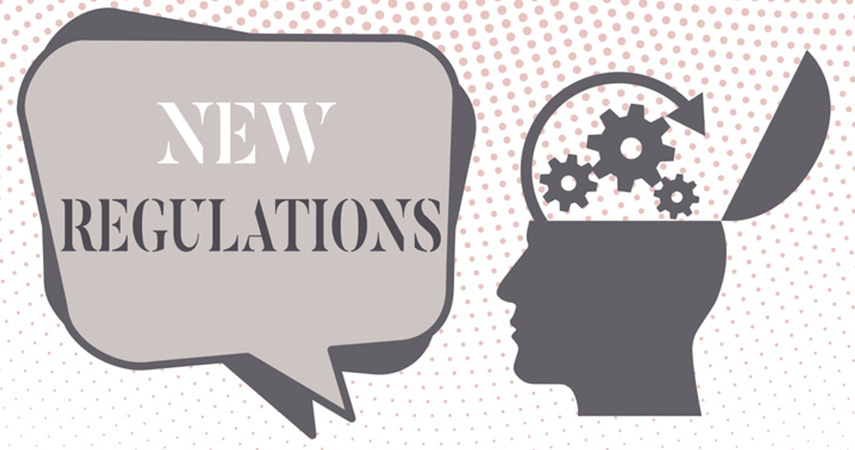 We have now received the news that a date has been set for the Tenant Fees Bill to be officially introduced. It is due to come into force on 1st June 2019, for all tenancies that are signed on or after that date. With this in mind, we have looked back on the progress of the Bill, to summarise:

Where did it begin?

The official commitment to the Tenant Fees Bill was made in the Conservative Government’s manifesto, following the announcement at the 2016 Autumn Statement. This led on to the execution of a consultation, to gather views from those who it will affect. This began on 7th April 2017, lasting eight weeks, with a result of 4,724 responses. Tenants made up 50% of these responses, letting agents made up 32%, landlords contributed to 10% of the responses and 8% were from other interested stakeholders.

The transparency of fees

It has been acknowledged by the Government that, regardless to the transparency of these fees, tenants are still unable to negotiate or opt-out of paying them. In the Government’s response to the consultation, it is stated: “The Government believes that transparency alone will not drive sufficient competition and affordability in the market and that a ban on letting fees paid by tenants is needed.”

Which fees should be included?

When asked whether they agree that the ban on letting fees should also include a ban on those charged to tenants by landlords and third parties, there was an expected divide of responses. 96% of tenants said yes, whereas 75% of landlords said no. 73% of letting agents also said no, but, of those who replied yes, the reason given was mostly that they felt it would not be fair for landlords to charge fees when letting agents cannot.

In response, the Government replied that it agrees with the overall majority of 65% that the ban on letting fees should also apply to landlords.

The issue of paying for reference checks has also been addressed, with the resulting statement: “It is the landlord, either directly or through an agent, who contracts the services of a referencing agency to provide assurance that the tenant is capable of meeting the terms of the tenancy.

“The tenant is not in a position to decide this and the consultation responses reveal that a wide variety of charges are currently levied for such services. The landlord is better placed to negotiate and pay these fees. The Government does not therefore propose to exempt reference check fees from the ban on tenant fees.”

From this consultation, an overall proposal was determined. The only fees that are to be allowed as a result of the ban are rent, a capped refundable security deposit, a capped refundable holding deposit, and default fees (such as the replacement of lost keys). Landlords and their agents are also to be banned from requiring tenants and licensees in the private rented sector (PRS) to secure and pay for services from any third party or to make a loan.

There was an overall response of 68% saying that refundable deposits, paid at the outset of a tenancy, should be capped. The preferred length for the cap by landlords was two months’ rent, but there was also support for a six weeks’ cap. The Government had agreed that the latter option to “ease the financial burden that tenants can face at the start of a tenancy, while ensuring a reasonable level of security for landlords.” However, it has now decided to fix the deposit cap at five weeks.

Enforcement of the ban

It has been stated that Trading Standards is to be responsible for enforcing the ban. 93% of tenants involved with the consultation agreed with this decision, and landlords were split, with 42% agreeing.

The penalty for an initial breach of the ban is a £5,000 fine. If there are subsequent breaches within five years, the offender could receive a penalty of up to £30,000.

Why do bills have drafts?

Following the consultation, the first draft of the Tenant Fees Bill was published on 1st November 2017. The Government’s response to the consultation states: “Publishing the Bill in draft will ensure that there is scrutiny of the Government’s proposals by parliamentarians and stakeholders before introducing legislation.” It allows the relevant bodies to make clear their thoughts and suggestions, helping to mould the bill into a final draft ready for publication.

What further plans does the Government have in mind?

The Government originally stated in its response: “We intend to change the law so that all letting agents must register with an appropriate organisation. This will mean that letting agents would be required to satisfy minimum training requirements, abide by with an industry code of conduct and demonstrate compliance with existing legal requirements.”

Further actions to improve the PRS also include amendments to the Consumer Rights Act 2015 to make letting agent requirements also apply to property portals, such as Rightmove and Zoopla. The response also stated: “This is to ensure that property portals, which are used by a large number of tenants to find properties in the private rented sector, are subject to the same transparency requirements as agent websites and offices.”

Specifically, this will make property portals likewise accountable for displaying letting fees, which redress scheme they are a member of, and whether they have Client Money Protection (CMP). Changes under the Housing and Planning Act 2016 are also going to make it a requirement for letting agents to be a member of a CMP scheme.

Where are we now?

We’re at the beginning stages of improving the PRS, so there is no saying what may happen. However, for any level of improvement, steps must be taken, results recorded, and further action taken accordingly. If the Government’s prediction is correct, we may be in for a rough first year financially, due to these changes, but if all were to settle down, we may end up putting many issues to bed, with the enforcement of the Tenant Fees Bill.

The Bill had its third and final reading within the House of Lords in January. It has now received Royal Assent, with the aim for it to come into force on 1st June 2019.

The entire progress of the Tenant Fees Bill can be viewed on the Parliament website.