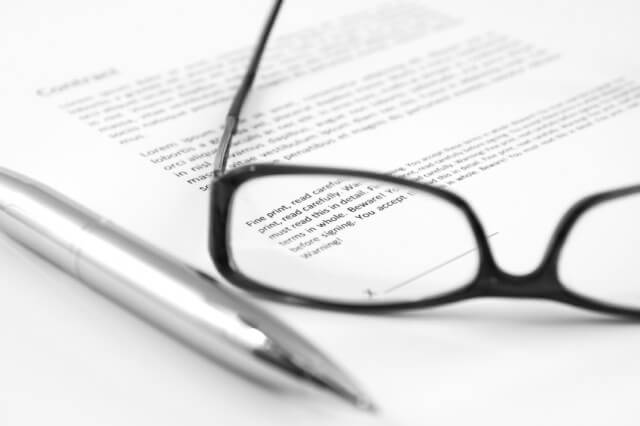 We are often told to “always read the small print”, however, unless you are extremely meticulous, then you have probably skipped it over at one point or another.

The problem is that most people already think they know what the small print contains or that it doesn’t really matter. But as a landlord, it could include something that could ultimately damage your business.

Here, Just Landlords looks at four pieces of small print you should always pay attention to:

When it comes to mortgages, most people aren’t as negligent of the small print, as essentially they are signing up to borrow a large amount of money and be tied into a deal for years or even decades.

However, we have recently seen a number of cases where landlords who have tracker mortgages are facing higher interest rates even though the Bank of England’s rate has remained at an all-time low of 0.5%.

The Bank of Ireland and West Bromwich Building Society have both come under fire recently for increasing their buy-to-let mortgage rates, however, they have both claimed that it is legal for them to do so as there is a loophole in the small print.

Now, groups of landlords are filing class actions against the Bank of Ireland and West Bromwich, however, this could end up costing them thousands of pounds. 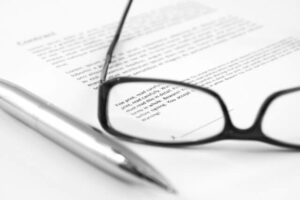 Most letting agents charge a fee for maintaining and marketing your property, which is fair enough as it means you don’t have to worry about these things, yet still receive a steady income.

However, some reports have recently suggested that certain letting and estate agents are charging their customers well over the odds for contractors’ fees, and some are even including hidden charges into their contracts.

Naturally, this isn’t the case with all letting and estate agents, however, it is always important that you broach these subjects when you are looking for one to manage your property portfolio.

Small fees can eventually add up and subsequently eat into your income, meaning that the small print is always something you should pay close attention to when it comes to letting agents.

Unlike mortgages and letting agent contracts, the small print in your tenancy agreements is generally your responsibility.

If you draw up your tenancy agreements, you need to make sure they are as detailed as possible and include information that will cover any eventuality.

For example, you need to make sure that you make it crystal clear what will happen if your tenants miss a rent payment; this could be that they have to pay a fine or that you will start the eviction process if it happens a certain amount of times.

You should also make the subject of rent increases clear in your tenancy agreements, as with the Bank of England planning on increasing its interest rates over the next few years, it is likely you will have to charge higher rent prices in the future in order to cover your mortgage repayments.

The whole point of landlord insurance is to protect you when the worst happens, however, if you don’t read the small print, you could find out too late that you aren’t covered.

For example, if your property is based in a particularly high flood risk area your insurer may find it difficult to cover you for any damages caused by floods.

Generally, your insurer will discuss this with you when you are purchasing a policy, however, it’s always a good idea to make sure by reading the small print.

You should also make sure your landlord insurance policy is suitable for the type of lettings you have, otherwise it could become void and leave your business vulnerable.

If you are ever in doubt, always ask – it’s better to know these things now than find out too late!

Reading the small print should be a habit that all landlords adapt in order to make sure they always receive what they are paying for.

Mortgages, letting agents, tenancy agreements and landlord insurance are all there to make running your business easier, so don’t let some small print ruin this for you.