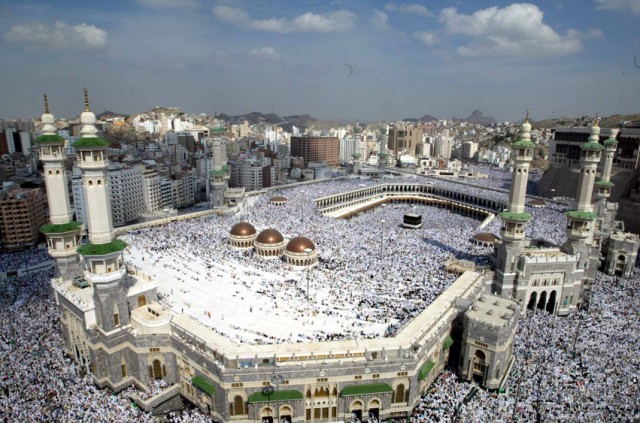 Your home is likely the most valuable building to you, along with your rental properties of course, but they’re unlikely to be the most financially valuable to anyone else. So where in the world are the most expensive buildings and what are they?

The Masjid Al-Haram mosque in Mecca tops the list of the top ten most expensive buildings in the world, having cost an astonishing £75 billion ($100 billion) to build.

The religious building, at the heart of Saudi Arabia’s pilgrimage site, covers 356,800 square metres. It is the largest mosque in the world and includes vast outdoor and indoor spaces for prayer.

Aside from the impressive mosque, super luxurious holiday resorts and casinos in the USA, the Middle East and Southeast Asia dominate the remainder of the top ten most expensive buildings.

Every single building in the list cost more than £1.2 billion ($1.6 billion) to build.

These buildings, which may be geographically diverse yet united by spectacular architecture, lavish fittings and a sky-high number of floors, are also some of the tallest in the world.

The list is made up of two separate buildings in Las Vegas, one in New York City, two in Saudi Arabia, one in the UAE, two in China and the remaining two in Singapore.

The building that replaced the World Trade Center’s twin towers in New York comes in at number six, having cost £2.8 billion ($3.6 billion) to build. It is also the tallest building in the western hemisphere, standing at 1,776 feet.

The only UK property to enter the top 20 most expensive buildings is Wembley Stadium in London, which has the highest number of toilets of any building in the world – 2,618!

The one other European building to make the top 20 is the Seat of the European Central Bank in Frankfurt, Germany.

The world’s primary pilgrimage destination is also home to one of the largest mosques. The Masjid Al-Haram covers 356,800 square metres and dates back to 638 CE. It is currently undergoing an expansion, which is expected to be completed in 2020.

Also known as the Makkah Royal Clock Tower Hotel, the Abraj Al-Bait Towers boast the world’s largest clock face and is the third tallest building in the world. It is topped by a 93-metre spire and 23-metre golden crescent.

This resort comprises six hotels, two casinos, a theme park, waterpark and the world’s largest oceanarium. It is located on a 49-hectare island.

Built back in 2010, this 55-storey hotel and resort spans three towers, connected by one hectare of roof terrace, known as Sands SkyPark, which has an infinity pool.

This casino hotel is situated just across the Strip from Planet Hollywood, and has two towers of 184 metres in height, as well as 2,995 rooms, restaurants, a spa, theatre and conference space.

Standing at 1,776 feet (a deliberate reference to when the United States Declaration of Independence was signed), this is the main building of the rebuilt World Trade Center complex, which was previously destroyed in 2001. Completed in 2012, it is the tallest building in the western hemisphere and the sixth tallest in the world.

This is the second most expensive resort ever built, with over a hundred domes of up to 80 metres in height. The 5-star luxury beachfront resort is set in 85 hectares of landscaped gardens.

This lavish casino hotel is located on the Las Vegas Strip and is known for having the world’s largest distribution of HDTVs in its rooms.

Based on a small peninsula in mainland China, this huge resort includes attractions such as The Bubble Fountain and The Dancing Water Theatre.

Set on the Cortai Strip, this Venice-themed resort and casino is the seventh largest building in the world by floor area, spanning 10,500,000 square feet.